Graphic design is a tool that has become essential for any business’ success. The advertising and marketing branch of any business spends a lot of budget on graphic designing for their product to be successful in the market.

Graphic design is referred to as the visual presentation of any product, in a more effective manner, to be exact, it draws clients and consumers in a competitive environment. All the brochures, business cards, websites, and leaflets you see are a part of the graphic designing field.

Every business has a separate team of graphic designing as it is the basic need for giving the product brand identity. Graphic designing is not only essential for the internet market but also for the physical market as well. The ‘graphic design strategy’ is now considered significant to every small business to make it big.

The origins of Graphic Design traces back to the 15,000 B.C. The concept is so old that it takes most of the art history with it. The traces of graphic design can be found on in the Lascaux caves in France where different drawings were carved on the walls of the cave

Further, the discovery of Blau Monument, found in Iraq, after seven thousand years later was the first historical piece to have drawings and text written together. Blau Monument became a significant part of the modern graphic design to draw on surfaces. 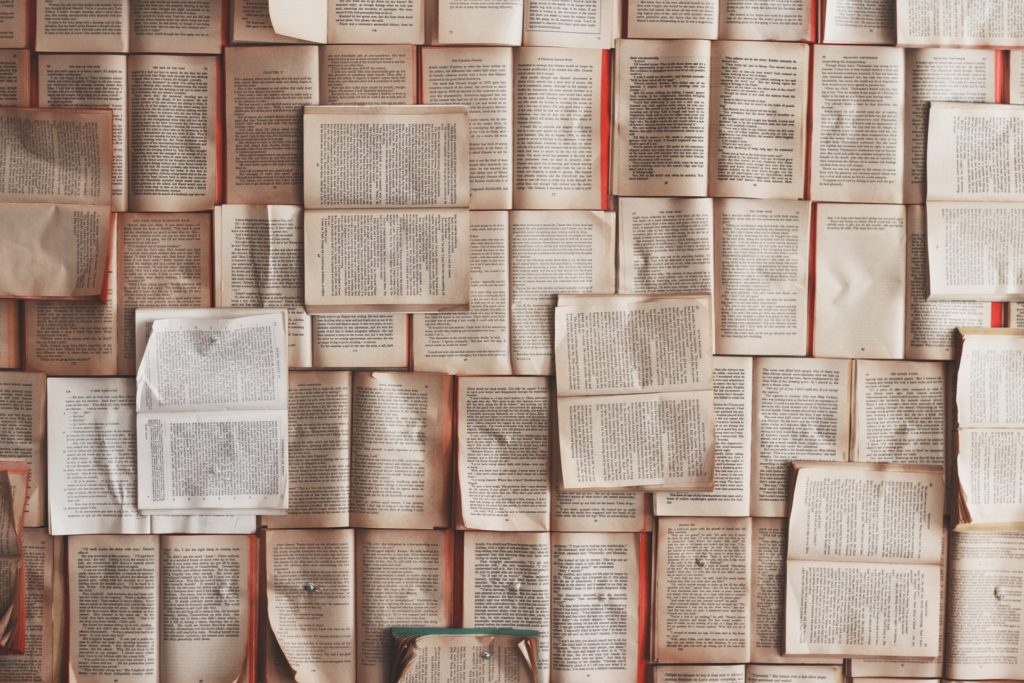 The introduction of paper in 105 A.D by Cai Lun also brought the concept of printing into the world. During this time, writing and drawing on paper was popular among the people. By the time, a movable type was invented in 1040 A.D that also originated the printing press around the world.

The first printing press was established as a Paper Mill in Italy in 1276 called Fabriano; it is still in operation today. A few centuries later, in 1450, Paper Mills were established all around Europe. During this time, Pamphlets were introduced in France, Germany, and England. Thus, the idea of brochures and leaflets comes from the pamphlets as well.

The industrial revolution in the 18th century was a sudden shift from simple social structures to a capitalist society. Industries were set up at such a fast pace. New scientific and technological inventions also advanced the concept of graphic design. Lithography was introduced during this era that sped up the printing releases even more.

As more industries grew with time, new businesses opened up with a very competitive market. Previously, only one or two industries were set up for a product, but in the 20th century the competition became even fiercer, one product had multiple manufacturers. The advertising and coloring became even more in demand as everyone wanted to advertise their product to be sold more than their competitors.

Graphic Design in the United States

Although Europe was still in the process of establishing printing presses. The United States also matched the pace with Europe. During the 17th century, Reverend Joseph Glover took the responsibility to bring equipment from England to the U.S. but he died while traveling.

His equipment was still transported to the U.S to his wife who later married Henry Dunster. He set up the first printing press in Cambridge. From this printing press, newspapers were the most common printing distributed around the country.

The content that was published in the newspapers in the United States was inspired by British magazines newspapers. Benjamin Franklin, an American editor, was the first person who introduced the concept of illustrations in the newspapers.

He, initially, wanted to promote his books through advertising on newspapers as most of the Americans read newspapers rather than books. His newspaper was called The Pennsylvania Gazette (Benjamin Franklin History) [i]. The first even ad that he was for a stove in the newspapers which attracted the public to buy the stove.

Although most of the advertisements in newspapers were written in a similar format as the British ones. Franklin introduced something new through his newspaper. He gave the 14-point type to make the headlines look more presentable.

He introduced new ways to advertise products in his newspapers. The origin of graphic design as an advertisement entity starts with the illustrations with the headlines in the newspaper. These illustrations then shrunk into logos to attract more attention of the readers. Franklin was the first person to do it. The logos by him were like symbols that would summarize a product in one picture, such as making a golden spectacle to advertise for an optician in the city.

Under the inspection of Franklin, new ideas for doing advertisements were implemented. They experimented and developed new tactics for presenting a product in an attractive manner. Franklin even emphasized focusing on small details of the products to make the reader even more interested to buy it. Some product ads were written 10-20 lines in which little details were described such as their size, color, different varieties, and giving them eye-catching names to attract the reader. (Balze, 2017)[ii]

Graphic Design in the 1900s

Graphic design became an essential unit as the Industrial Revolution that grew in the 20th century. A book written by Frank Lloyd called ‘The Art and Craft of the Machine’ gave the graphic design its complete shape. Further, this book became the foundation of modern art in terms of graphic design. During this period, Logos became an important part to identify a company by its brand.

Technology Revolution in the late 20th century also developed graphic design into a new form. Many artists started using different digital and software tools to design. In fact, Photoshop was first introduced in 1990. Since Photoshop is used to edit and create new images and logos, new tools were invented to facilitate the designers. All in all, graphic design became a professional field with its study in different universities. 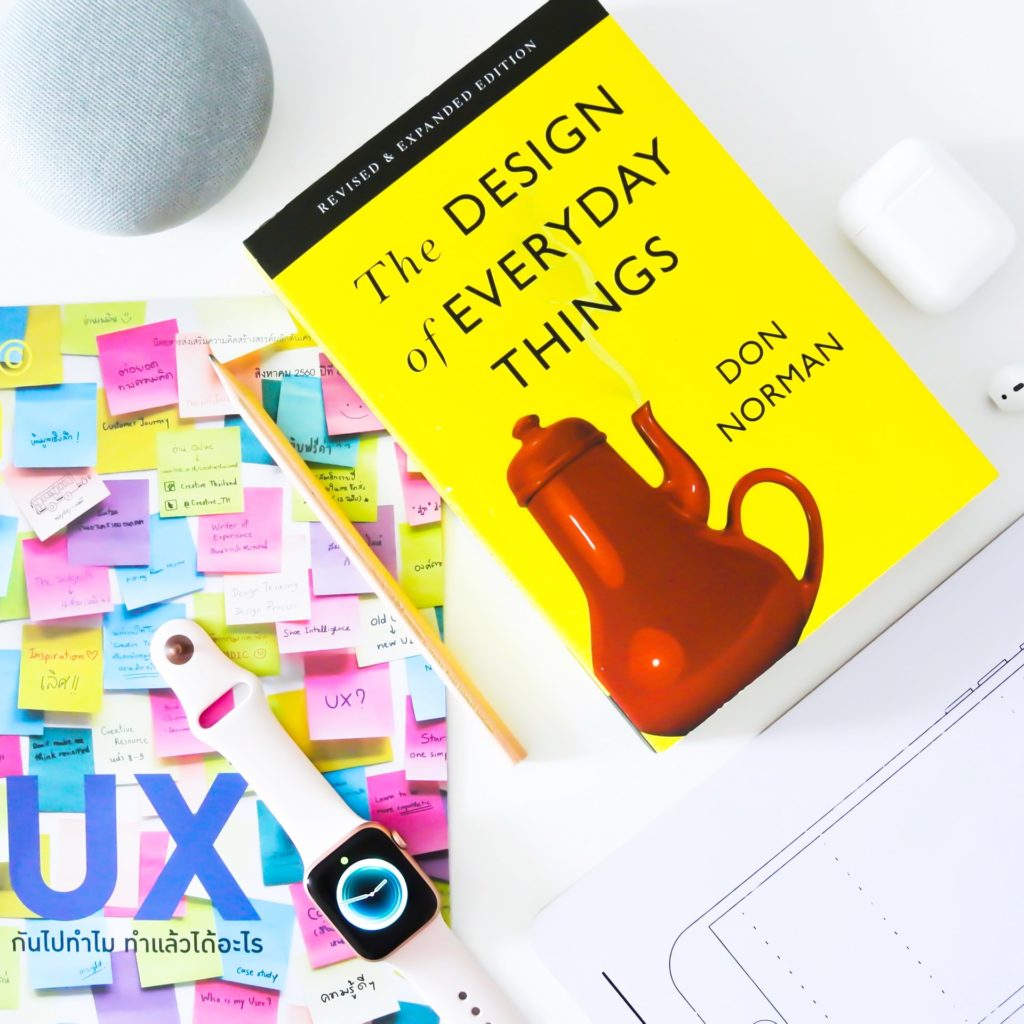 Today, the world has become a global village due to computer technology. There are small, big firms that introduce new products every day as the competition is fast. Nowadays, graphic design is used in magazines, online advertising, layouts, billboards, book covers, digital posters, web pages, and many more. To be precise, graphic design has completely blended in our daily lives.

Even though we don’t realize but graphic designing has always existed, even thousands of years ago, serving the same purpose as today but in an advanced form. The future of graphic design is parallel to technological advancements. As the world changes, graphic design will also change with it.

[i] The Pennsylvania Gazette, founded in 1728 and ceased publication in 1800.

How Do I Design a Brochure?

If you're designing a brochure, you need to make sure it stands out for the right reasons, and that means understanding the principles of good brochure design.

What Is A Design Agency?

What is a Design agency? A Design agency is vital for your business as they can help you create & implement brand awareness strategies showcasing your products.